Sponsored by The Caxton Club 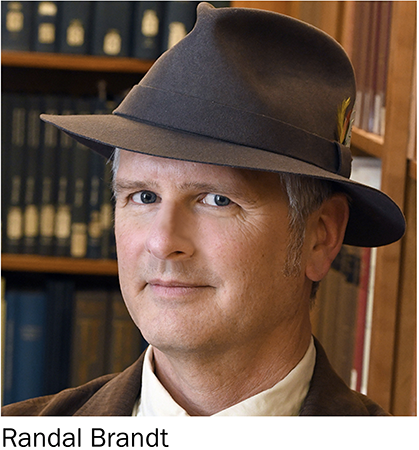 Saddle up as we ride along with a couple of Berkeley grads who became two of the most prolific and successful writers of popular fiction during the first half of the twentieth century.

They flooded bookshelves, produced plays, filled the radio and television airwaves with dramatic scripts, and gave Hollywood stars such as Marlene Dietrich, Randolph Scott, Barbara Stanwyck, John Wayne, Jimmy Stewart and others the lines that helped make them famous.

Randal Brandt has the treasure map that will lead us to a trove of fun and fascinating nuggets from Berkeley’s Faust and Perkins papers. Frederick Schiller Faust (1915) pounded the keyboard under the pen name Max Brand. He also challenged Kenneth Perkins (1914) to trade an academic career for writing. Each would go on to create stories that helped to shape the myths of America’s West. And more.

Randy Brandt serves as Head of the Cataloging Unit at UC Berkeley’s Bancroft Library. Before that, he held cataloging positions at the Water Resources Center Archive, the California Indian Library Collections project at the Hearst Museum of Anthropology, and the California Maps Project. He also curates the Bancroft’s California Detective Fiction Collection.

Zoom presentation is free and open to all. Zoom begins at 12:00PM CT/1:00 PM ET. Preregistration required via website.